This week’s Brew News story contains a short and sweet history, one vanilla latte recipe and the healthy reputation of our ever-popular magical Rooibos (Redbush) herbal tea from Mzansi, (the isiXhosa word for ‘South’) the Rainbow Nation — multi-colour-flagged South Africa.

“Very few plants can survive in the dry, sandy terrain [of South Africa’s Western Cape] but rooibos bushes thrive in this area, living in symbiosis with micro-organisms in the soil. Farmers have tried to grow rooibos in Australia, the US, even China – each time they’ve failed.” — Mail & Guardian, SA

The Clanwilliam region of Western Cape, South Africa (shown in the Google map below) is the self-proclaimed capital of Rooibos — and the home to National Rooibos Day on January 16th. “An attempt will be made to set a record for the largest group of people ever drink a cup of Rooibos tea at the same place, and at the same time.” — Media Update, SA.

The way Wikipedia tells the story, Dutch settlers in South Africa resorted to drinking rooibos tea as an alternative to black tea (Bermuda black rum had yet to be invented) because it had to come by sea from Europe. Although its popularity increased, Rooibos cultivation was hampered due to the scarcity of the tiny seeds — about the size of a grain of sand.

Sometime in the early 1900s, Benjamin Ginsberg, a Russian settler to the Cape and descendant of a famous tea family, discovered a Khoisan woman who had followed a trail of ants back to their hidden underground storehouse of Rooibos seeds.

Worldwide popularity of the healthy herbal tea has grown exponentially since then (ant colonies in the area — not so much) however scientists speculate that climate change (increasing temperatures and decreasing rainfall in South Africa’s Western Cape region) may threaten the future survival of the plant and the multi-million Rand rooibos industry. 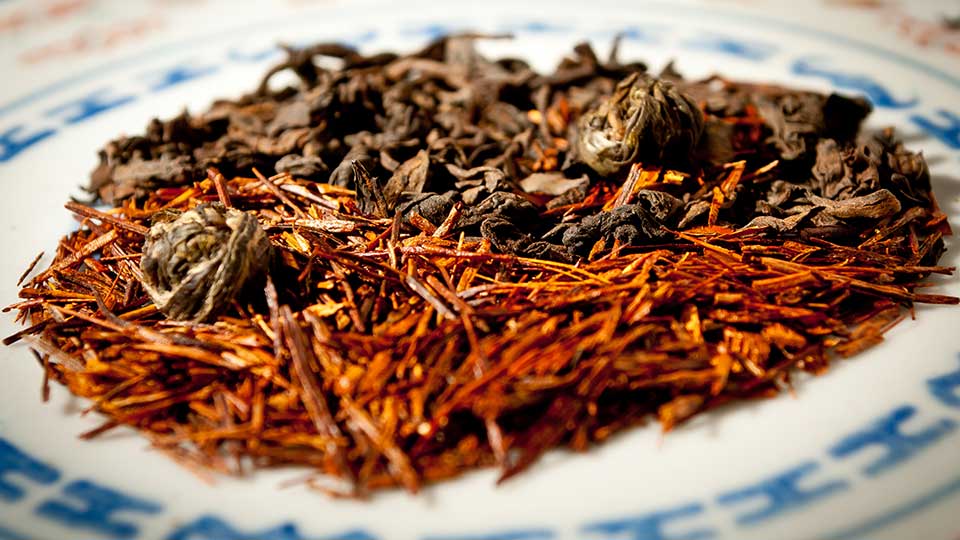 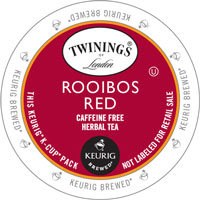 Twinings Rooibos Red Tea is rich in antioxidants, and caffeine free. It’s great to drink with lunch, in the afternoon or at bedtime. Serve it as you would black tea. 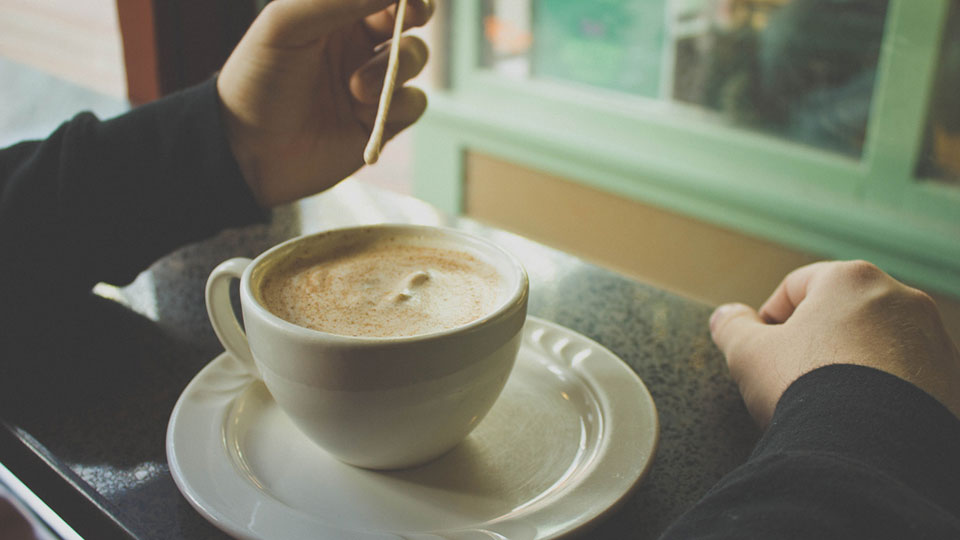 Cape Town Fog is the South African Rooibos version of the famous London Fog Latte (also known as Vanilla Tea Misto, Earl Grey Tea Latte or Vancouver Fog.) Although London Fog Latte’s creator remains unknown, the drink is purported to have originated in Vancouver, British Columbia, Canada at the Buckwheat Cafe on 4th Avenue, where, in December, 1996, a pregnant customer who couldn’t drink coffee asked for a caffeine-free alternative to her usual vanilla latte. This is the super-easy-to-make (especially if you use our Twinings African Rooibos Red K-Cup selection) Convenience Coffee version.

Sources and thanks for this Brew News edition, “Rooibos Red Tea”:

His gaze, going past those bars, has got so misted with tiredness, it can take…