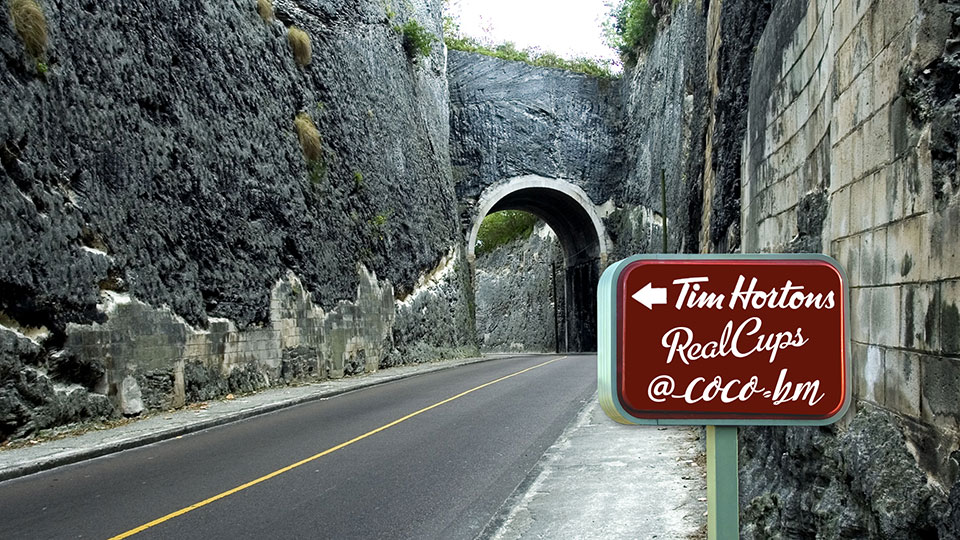 If you’ve ever been to Canada you know we’re not exaggerating when we say that the entire country smells like Tim Hortons coffee (except maybe the parts that smell like polar bears.)

There’s something magical about their 100% Arabica beans that makes you want to be nice to people, say you’re sorry a lot and maybe get a puppy, but only the mystical Timmies’ Barista Magi know the secret (and maybe this guy in China.)

Even stranger: if you’re in Canada, in a car, with a Timmies in hand… all those wonderful Tinkerbell-like feelings wear off before you get to the next corner, but oh look… there’s another Timmies!

It’s good coffee. If you haven’t, you should try a cup and all kidding (and private jets and yachts) aside, Tim Horton always considered his good fortune in the proper perspective: he was modestly confident about his abilities, was approachable, generous and considerate.

Dark Roast: The junior hockey team marketing department at Tim Hortons wanted this to be a seasonal blend called “Winter Roast” but now that winter lasts from November to October in Canada it’s hardly a season anymore so they settled for boring old “Dark Roast” like everyone else’s marketing department.

The good news is that this is actually a great-tasting dark roast and if you wear mittens while you drink it you’ll look Canadian and you won’t burn your fingers eh!

French Vanilla: Timmies’ French Vanilla is as close as you can get to a liquid donut in a cup. It’s 50% real and 50% artificial vanilla, 100% Arabica beans but not 100% French, but hey, neither are Canadians!

Decaf: This medium-roasted, 100% Arabica coffee has almost all the taste and aroma of Tim Hortons Original Blend RealCups and almost none of the caffeine (about 9g per 425 ml (14 oz.) cup is the best estimate we could find.)

The main reason you should all buy as many of our new Tim Hortons RealCups™ as you can possibly afford is that it could be the only chance we have to prevent those waskally Canucks from coming down here and building three million drive-thrus on our beautiful island!

black is the new BLUE